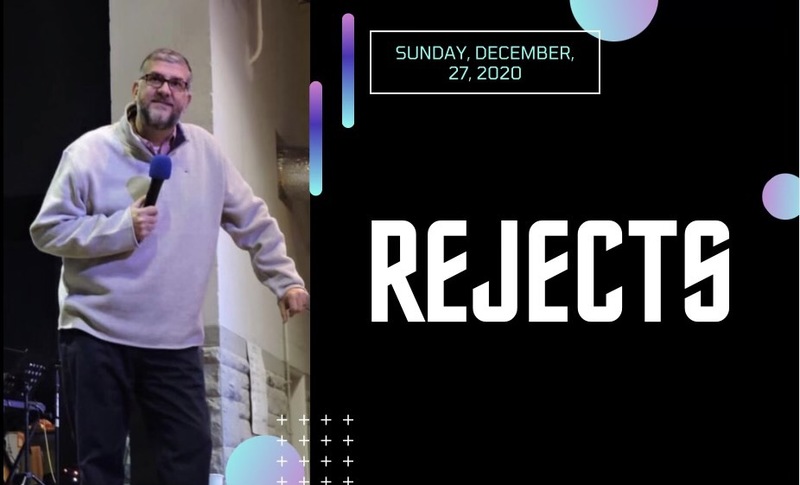 Luke 2:7 And she gave birth to her firstborn son and wrapped him in swaddling cloths and laid him in a manger, because there was no place for them in the inn. Matthew 21:42 The stone that the builders rejected has become the cornerstone; this was the Lord’s doing, and it is marvelous in our eyes’.   • When was the first time you felt rejected? • Why were you rejected? Who? • Rejection comes in many forms, such as being unwanted, being excluded, being ridiculed, divorced, not loved, gossiped about, compared, abandoned…   • Repeated rejection tends to validate the fear that we are inadequate. • Decide to reject that lie now. Reject rejection! When you know God’s acceptance you can endure man’s rejection. • Isaiah 53:3 He was despised and rejected by men, a man of sorrows and acquainted with grief; and as one from whom men hide their faces he was despised, and we esteemed him not. 4 Surely he has borne our griefs and carried our sorrows; yet we esteemed him stricken, smitten by God, and afflicted.   • Jesus was rejected from conception. • Sometimes people will reject for something they THINK they know. ·      Trust God to reveal truth. • Jesus faced rejection from family members. • Scripture tells us John 7:5 5For even his own brothers did not believe in him.   • Jesus faced rejection from his community. • When Jesus returned to his hometown of Nazareth, neighbors that he grew up with and family friends “took offense at him”   • Jesus faced rejection from people close to Him. • Christ, predicted both Judas’ betrayal and Peter’s denial.   • Jesus was rejected- From the wrong town, wrong family, Wrong message • Are you willing to endure rejection for Truth? ·      Do you think you are going to make it in this World, and not be rejected? ·      All those times I was rejected, prepared me for this.  Racism, Abortion, Married   Why people reject us. Conditional Rejection - I accept you as long as expectations are met. Based on performance. That moment you disappoint them they cut you off.   Emotional Rejection - Can’t overcome offense or wounded emotions. Your entire relationship is feelings deep. Even emotions of jealousy. Cannot get over damaged emotions.   Celebrity Rejection - based on your level of celebrity. People are robbed of their humanity. Celebrity- have access to what I don’t. I accept you as long as you can do for me what I can’t do for myself. When celebrity is gone relationship is gone.   Irrational Rejection - Sometimes people get offended and can’t be appeased, mended, because their hurt is irrational. You are not responsible for that.   • A person with a spirit of rejection will always be easily offended.   • Rejection sensitive dysphoria (RSD) is extreme emotional sensitivity and pain triggered by the perception that a person has been rejected or criticized by important people in their life. -       It may also be triggered by a sense of falling short failing to meet their own high standards or others' expectations.   • Same areas of the brain become activated when we experience rejection as when we experience physical pain. • Try recalling an experience in which you felt significant physical pain and your brain pathways will respond, "Me." But try reliving a painful rejection, and you will be flooded with many of the same feelings you had at the time (and your brain will respond much as it did at the time, too). • Rejection creates surges of anger and aggression. the Surgeon General of the U.S. issued a report stating that rejection was a greater risk for adolescent violence than drugs, poverty, or gang membership. • Rejection temporarily lowers our IQ.   Why was JESUS rejected? Some of you were rejected for exceeding expectations. • Your success exposes their failure. Lazy, jealous, outwork. Rejection is a result of people’s vision not your value. • They’ll never see who you really are until they deal with their plank.  When you know your value…. • We don’t care what everyone thinks. “OH you think your opinion is important to me?” -       What does God think about me!   What if rejection is your purpose? • Rejected but still in His purpose. The hell you went through prepared you for today! • For this cause, you kept me. • What if I was rejected so I wouldn’t fit in? • There is a reason – maybe it is not rejection, it’s His purpose.   • Body rejects new organ. Something trying to help it. What are you rejecting that God has sent to save you? • T Cell and antibodies from B Cells • Trigger Cells- • Antibody- Isolation • Refuse to Let Rejection Define You • Learn From Rejection • Notice, even though Jesus was rejected He never responded in a way that encouraged continued rejection.